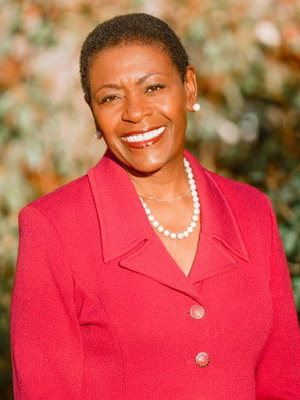 District Attorney Diana Becton has spent most of her professional career as a judge, lawyer, and manager. In 2017, she was sworn in as the 25th District Attorney for Contra Costa County. Following her appointment from the Board of Supervisors, she was elected to the position in June 2018. District Attorney Becton served for 22 years as a judge in Contra Costa County, where she was elected as Presiding Judge. She is Past President of the National Association of Women Judges, the nation’s leading voice for women in the judiciary, and Past Chair of the State Bar Council on Access and Fairness.

District Attorney Becton leads a prosecutorial office of approximately 222 lawyers, investigators, and staff. She is the first woman, the first African American, and the first person of color to serve as Contra Costa District Attorney since the office was established in 1850.

Her message of reform and restoring trust includes a vision for an office that is fair, transparent, forward thinking, committed to safeguarding all communities from crimes that threaten our health, well-being, and livelihood, and working on positive outcomes for youth.

A native of California she is a product of Oakland Public schools and a graduate of Golden Gate University School of Law. Most recently, District Attorney Becton earned a Masters of Theological Studies at Pacific School of Religion.

District Attorney Becton serves is a frequent lecturer and panelist, and she continues to participate in many community outreach activities. She convened “Clean Slate Day” helping individuals to clear their criminal records. In 2015, District Attorney Becton served as Co-Chair of the “Know Your Rights” Youth Symposium for West Contra Costa County, as part of a national dialogue to educate youth in our communities, and to open the lines of communication between youth and law enforcement. She serves on the Board of Directors for Castlemont High School Alumni Association. She District has two adult sons.